How to Get the Most Out of Your Broadband

With much of the country working from home, your Wi-Fi is more important than ever. But are you getting the most out of it? We’ve got some tips to get the best out of your broadband connection all throughout your home.

What’s the difference between Wi-Fi and broadband?

Your broadband connection is effectively the ‘internet pipe’ coming into your home. You’ll usually have a modem, often supplied by your cable company, which plugs into another box, called a router.

The router is what takes your internet connection and turns it into a wireless signal – Wi-Fi (or distributes it via cables if you use them). Some people may also have an all-in-one modem and router, so don’t panic if you only have one box – it almost certainly does two jobs.

What can slow down my internet?

There’s a huge list of things that can impact your speed, from all your neighbors being online at the same time (which is why sometimes things can seem slower at peak times like evenings or weekends) to your router being in the wrong place. There are a huge number of variables at play. The speed you pay for is also a big factor, and if you’re struggling to stream now that several people are at home all the time and all using the internet at once, it may be worth simply speaking to your provider and upgrading your speed.

How do I speed up my internet?

There are some simple fixes that can often speed things up.

Router placement – Try placing your router high up, rather than on the floor, to allow it to reach further into upstairs rooms. Alternatively, try to move it closer to the center of the house if it currently sits in a corner, or against an exterior wall, and clear any clutter to ensure open space around your router. Where you place it can have a big impact on speed.

Upgrade your router – If you’ve had your router for years, it may be worth upgrading, as new technology and Wi-Fi standards come along all the time with added benefits to speed, range, and the ability to penetrate internal walls or other structural barriers.

Mesh Wi-Fi system – If you’ve got a large house, or really want to get Wi-Fi in the garden, it may be worth investing in something called a mesh Wi-Fi system. This uses several routers to cover your house in high speed Wi-Fi rather than relying on just one to do the job. Each router bounces the signal to the next, working in partnership with each other to provide blanket coverage.

Is my internet package fast enough?

If you’re suffering from constant stuttering while streaming video or slowdowns while browsing the web or downloading files, it may be time to boost the internet speed you have.

You’ll often hear the words “bandwidth” and “Mbps” thrown around. In simple terms, bandwidth refers to how quickly you can download and upload data from the internet to your computer. Bandwidth is measured in megabits per second, or Mbps, and the more bandwidth you have, the higher that number and the faster your internet speeds.

How can I test my speed?

You can easily test the speed you’re actually getting using a speed test such as Fast.com from Netflix. For the best results, and to check your internet speed, use a wired connection to your router when doing this. Then, once you know the speed of the internet connection into your home, you can use the same test on a wireless device to check wireless performance as you move around the home.

If your download speed doesn’t match what you’re paying for, and you’re testing using a wired connection, it’s worth calling your internet provider. In all other cases, you may get better results with a newer, or better positioned, wireless router.

What speed do I need?

As a general rule, for basic music streaming, email, and other activities, you can get by with a 1Mbps connection. However, this is relatively low by modern standards.

It’s worth noting these recommendations are based on a single device – and frequently, people are finding themselves using more than one device at a time – so the more people in your home using services at once, the higher bandwidth you will need.

If your kids are multi-tasking, streaming games on a console while watching Netflix on a TV and talking to friends using video chat, they could single-handedly be using 35 Mbps alone!

Someone elsewhere in the house listening to music on a smart speaker while browsing the web and chatting on Skype or Facetime may notice their favorite song starts to stutter, pages load slower, or the person on the other end of that call can no longer hear them.

One recent study, the Deloitte “Connectivity and Mobile Trends Survey” from late 2019, found the average American household is running 11 internet-connected devices at once, including seven that have screens. What this means is that you may need a higher speed than you initially think. Following the Coronavirus pandemic where millions are working from home, this figure could now be even higher. If in doubt, do a quick audit of the devices in your home and their usage. This will help you plan and give you a baseline for the speed of connection you are likely to need. 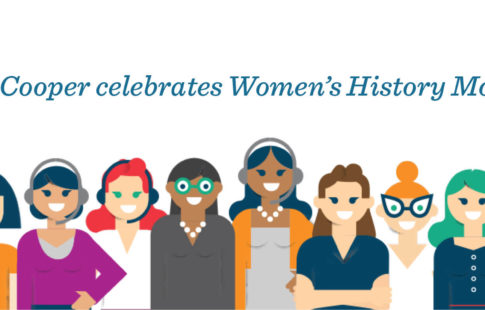 Here’s What Women’s History Month Looks Like at Mr. Cooper 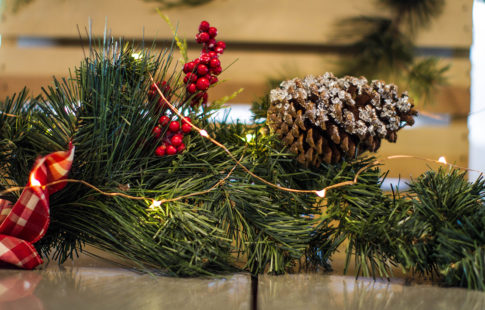 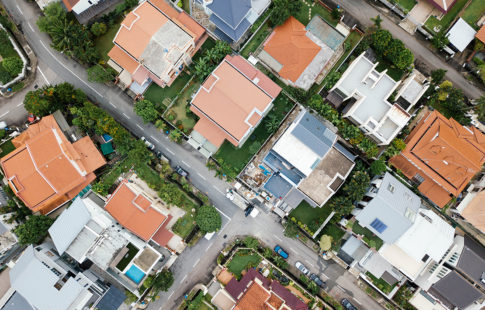 Home Flipping Rates are on the Rise